I Was a Star Student in Armenia—Then I Left 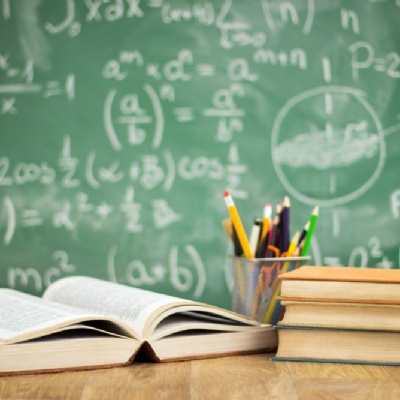 We didn’t learn how to take theoretical knowledge to practical expertise. We didn’t transform words into action. We didn’t derive our own conclusions which would potentially counteract the textbook’s arguments. Consequently, we didn’t learn.

There was pain in the upper eyelid and redness inside the eye. At four in the morning, I was alone in a washroom, looking deep into my eyes through a large and limpid mirror. There was no point in sleeping, as I was going to be woken up in two hours anyway by a dramatic alarm clock, blaring the incessant rhythm of failure.

I had successfully failed all my tests at my new international school in China—all the science experiments and subsequent lab reports. In Armenia, I had been proud and successful in school. I often reminisced about my education back home, while performing lab experiments with great difficulty at my new school. I would recall my perfect scores, my ‘ten-out-of-tens,’ my red diploma of excellence, my teachers praising my intelligence and the wall at school that featured my picture among the best in class. Meanwhile in China, I was suffering with a pH meter to measure the acidity of the water sample, like the inability of someone who previously lived near the equator had to adjust to a winter in Siberia. In fact, my reason for suffering was fundamentally the same; I had never experienced an environment like this before, that is, an environment of true academic rigor.

I thought about my chemistry teacher in Armenia reading the lab experiment out loud from the textbook, in the same way someone would recite a poem for a large audience. I also remember these readings floating in the air, untouched, untested, and un-lived, as if the danger of failing to follow the instructions were too great; as if there were a threat of harming the tools (and I was unsure if any even existed); as if there were a danger of learning. ‘Lab experiments’ were traditionally followed by ‘lab reports,’ in which an award was always offered to the one who best summarized and paraphrased the instructions from these textbooks.

And then, there I was in China, in a school where I was supposed to measure the pH and turbidity levels of water, determine the texture of soil, and then submit a lab report with graphs and diagrams created in Excel. My Armenian school, conversely, had only one computer for all 13 students, each of whom were expected to learn how to use Excel in half an hour during our informatics class. Evidently, none of us ever did.